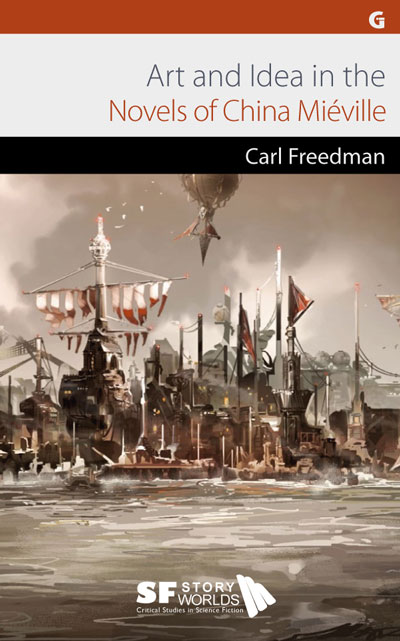 Art and Idea in the Novels of China Miéville

This book offers (in the first six chapters) critical readings of six novels by China Miéville, which are followed (in the seventh chapter) by a theoretical meditation on some of the conceptual issues raised by and engaged in the Miéville oeuvre.

There comes a moment in The City & the City, though it is not necessarily the same moment for every reader, when you realise that Beszel and Ul Qoma are not separate realms but the same space divided. Likewise, art and idea are often subject to absurd partition, but then along comes an author such as China Miéville who shows them to be, in truth, indissoluble. So argues Freedman's inordinately readable and just as rigorous account of Miéville's major novels. Highly recommended. (Mark Bould, University of the West of England)

Freedman offers a compelling interpretation of Miéville's novels informed equally by an impressive range of literary influences and a carefully documented exploration of historical antecedents. Seeing Miéville's genre hybridity as an illustration of the power of dialectical thinking, Freedman illuminates the complex utopian project of Miéville's fiction. Freedman is one of our finest critical voices on Miéville, one of the most important speculative writers of the 21st century. (Sherryl Vint, University of California, Riverside)