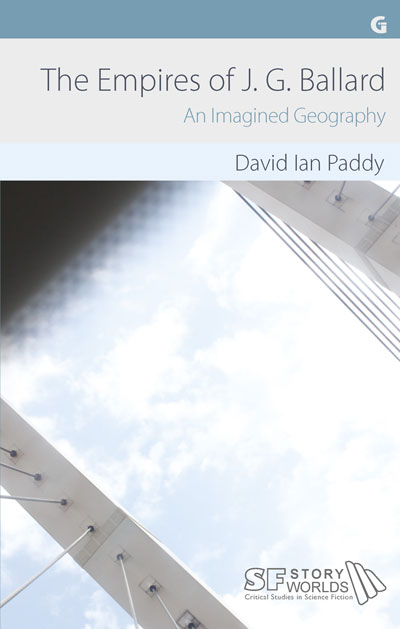 The Empires of J. G. Ballard: An Imagined Geography

J. G. Ballard once declared that the most truly alien planet is Earth and in his science fiction he abandoned the traditional imagery of rocket ships traveling to distant galaxies to address the otherworldliness of this world. The Empires of J. G. Ballard is the first extensive study of Ballard's critical vision of nation and empire, of the political geography of this planet. Paddy examines how Ballard s self-perceived status as an outsider and exile, the Sheppertonian from Shanghai, generated an outlook that celebrated worldliness and condemned parochialism. This book brings to light how Ballard wrestled with notions of national identity and speculated upon the social and psychological implications of the post-war transformation of older models of empire into new imperialisms of consumerism and globalization. Presenting analyses of Ballard s full body of work with its tales of reverse colonization, psychological imperialism, the savagery of civilization, estranged Englishmen abroad and at home, and multinational communities built on crime, The Empires of J. G. Ballard offers a fresh perspective on the fiction of J. G. Ballard.

The Empires of J.G. Ballard: An Imagined Geography offers a sustained and highly convincing analysis of the imperial and post-imperial histories and networks that shape and energise Ballard's fictional and non-fictional writings. To what extent can Ballard be considered an international writer? What happens to our understanding of his post-war science fictions when they are opened up to the language and logics of post-colonialism? And what creative and critical roles do the spectres of empire play in Ballard's visions of modernity? Paddy follows these and other fascinating lines of enquiry in a study that is not only essential reading for Ballard students and scholars, but for anyone interested in the intersections of modern and contemporary literature, history and politics. (Jeannette Baxter, Anglia Ruskin University)

Shanghai made my father. Arriving in England after WW2, he was a person of the world who d witnessed extremes of human experience, and remained the outsider observing life from his home in Shepperton. 1930s Shanghai, Paris of the East , was a mix of international sophistication and violence, unfettered capitalism and acute poverty, American cars, martinis and Coca Cola, a place marked by death and war. It had a profound influence on my father and his imagination. Dr Paddy s fascinating book explores my father s fiction within an international context and offers a profound reading of a man who always kept his eyes and mind open to the world. (Fay Ballard)

Acknowledgements (p. vii)
List of Illustrations (p. ix)
Chapter 1: Portraits and Maps
J. G. Ballard and the Imagined World (p. 1)
Chapter 2: Return of the Imperial Repressed
The Uncanny Landscapes of the Natural Disaster Novels (p. 45)
Chapter 3: Psychic Imperialism
Colonizing the Mind in the 1960s (p. 87)
Chapter 4: Savage Modernity
Civilization and Discontent in the Urban Novels of the 1970s (p. 127)
Chapter 5: American Deserts
Fading Icons and the Dying Frontiers of Space (p. 165)
Chapter 6: This World Over
The International Turn of the 1980s and 1990s (p. 205)
Chapter 7: The Unknowing Detective in a World of Crime
Ballard's Crime Fiction and the Systemic Violence of Globalization (p. 245)
Chapter 8: The Last of England
Ballard as Critic of Englishness (p. 285)
Works Cited (p. 337)
Index (p. 355)