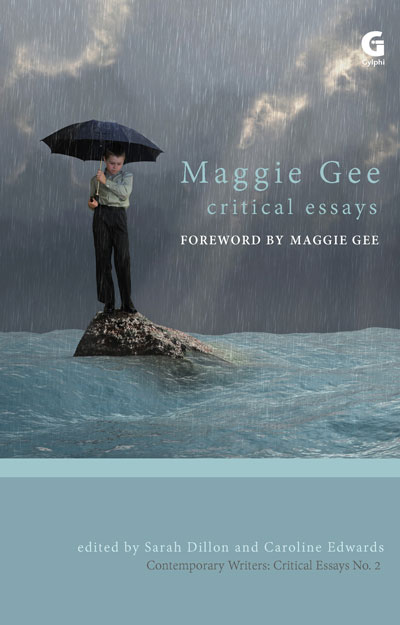 The relationship between writer and reader, an unnerving intimacy with a total stranger, remains mysterious. Writing, my body is the locus of illusions that for me, in that moment, are real: scenes, faces, landscapes, flash before my eyes as I record them. My web of words, by now drained of sound and colour, is transmitted to a publisher. (Maggie Gee, Foreword)

It is a risky business holding an academic conference, and publishing a collection of academic essays, on Maggie Gee. For Gee is a satirist of the most unflinching kind, and literary scholars and their conferences are mocked throughout her work. Take, for example, Gee's most recent novel, Virginia Woolf in Manhattan (2014). Woolf – accidentally resurrected from the dead by contemporary writer Angela Lamb – learns that Angela is to attend a Woolf conference in Istanbul and is eager to go along with her. Angela has her doubts: 'I can hardly take her to her own conference', she writes to her daughter, Gerda; 'why not?,' thinks Gerda, in reply: 'Wouldn't it be helpful to have the actual writer telling all the academics and people like my mother where they are gong wrong? Surely it would be good for them' . Gee has a longstanding interest in the role of the author, since her doctoral thesis on self-conscious authors in Nabokov, Beckett and Woolf. Her first published novel Dying, in Other Words (1981), plays out that interest through fiction, in a postmodern self-conscious experimental reflection on the role of the author; her most recent novel addresses the same ideas through two author characters: the contemporary writer Angela Lamb, and the resurrected dead Woolf. This miraculous resurrection provides playful opportunity for further reflection on Roland Barthes's idea of 'the death of the author', a theoretical concept on which Gee wrote in her doctoral thesis.

Through our conversations with Gee – both at the conference and in correspondence throughout the years in which this collection has been brought together – we the editors, and our contributors, have no doubt that whilst an author may indeed not know everything about their work, the idea of intentionality is not entirely fallacious. Gee is a clever, careful writer, as well as a skilled scholar (even though she did not choose that path); she knows what she is doing when she is writing and she knows what she intends. At the same time, of course, she is under no illusion that when her fictional work ventures into the world, it will be interpreted in various and different ways.

Acknowledgements (p. xi)
List of Abbreviations (p. xii)
Foreword (p. xiii)
Maggie Gee
1. Beyond the Blue: The Sorrowful Joy of Gee (p. 1)
Sarah Dillon and Caroline Edwards
2. Burning to Tell the Tale: Negotiating Aesthetics and Politics in The Burning Book (p. 31)
Monika Szuba
3. Reproductive Politics and the Public Sphere: Natalism, Natality and Apocalypse (p. 51)
Alex Beaumont
4. 'Fall[ing] Out of the Past': Time, Ageing and Generations in Where Are the Snows (p. 79)
Sarah Falcus
5. Literary Equivocation: Reproductive Futurism and The Ice People (p. 101)
Sarah Dillon
6. 'One and Indivisible, A Seamless Web': Climate Change as Historical Process in The Flood (p. 133)
Chris Maughan
7. 'The End Times and After': Utopia, Dystopia and Being-Together in The Flood (p. 159)
Adam Welstead
8. From the 'Native Outside' to the 'Foreign Within': Re/negotiating Urban Space in The White Family (p. 181)
Irene Pérez Fernández
9. Faith and Grace: Maggie Gee's Spritual Politics (p. 209)
Susan Alice Fischer
10. The Resurrection of the Author: On Virginia Woolf in Manhattan (p. 229)
E. H. Wright
11. How May I Speak in My Own Voice? Language and the Forbidden (p. 261)
Maggie Gee
Notes on Contributors (p. 281)
Index (p. 285)