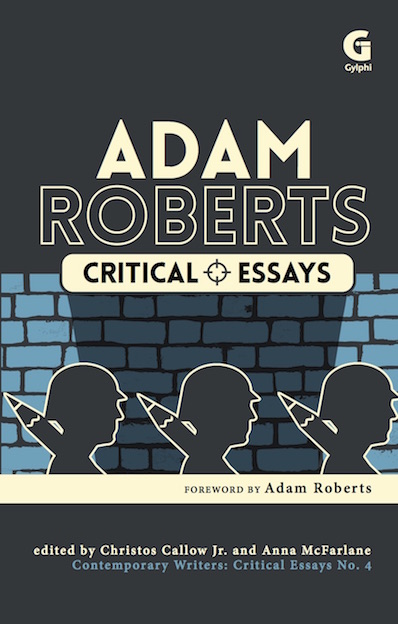 Each chapter in this collection explores the challenge posed to science fiction, literary fiction and contemporary ideas through Roberts’s novels. His use of the science fiction toolkit combined with his sharp and sometimes lyrical prose blurs the distinction that some would wish to maintain between science fiction and mainstream literature.

It's an excellent idea to gather a book of essays about the work of Adam Roberts. His novels are so various and brilliant that it's a pleasure to discuss them in depth, as it is with the work of any gifted artist following a singular path. This volume clarifies parts of Roberts' project while deepening mysteries elsewhere in it just what one wants from literary criticism. -- Kim Stanley Robinson

Adam Roberts has long been regarded as one of contemporary science fiction's most innovative, and overlooked, writers. Adam Roberts: Critical Essays makes an excellent intervention in addressing this critical lacuna, yielding productive insights into the startling inventiveness of his texts, their rich intertextuality, ludic playfulness, and, more recently, political response to a post-Occupy world. Roberts's novels and parodies themselves have much to teach us about the science fiction tradition, and these essays rightfully position his work as among the best of twenty-first-century writing in the speculative mode. --Dr Caroline Edwards, Lecturer in Modern and Contemporary Literature, Birkbeck, University of London

Adam Roberts is at once the cleverest and wittiest of contemporary science fiction writers. This dazzling collection of essays shows how cleverness is his topic as well as his technique, and how his wit both mocks and accentuates the prodigious intelligence that marks every page of his work. I haven't read a more perceptive or entertaining tribute to a living author. --Dr Robert Maslen, Senior Lecturer in English Literature, University of Glasgow

When the history of 21st-century science fiction is written, Adam Roberts will be remembered as this era's H. G. Wells. --Damien Walter, Writer, Columnist for The Guardian, Writing teacher.

Adam Roberts's fiction gives us an education in sf's history and traditions while he merrily deconstructs them. Add to that the way his criticism is laced with humour, and it's only appropriate that a collection devoted to his work should tease its subject a little. Even as they open up the suggestion that Roberts is one of our most important writers, these essays amuse as well as inform. If sf is to survive it's going to need more people like Roberts, and this collection tells us why! --Andy Sawyer, Science Fiction Collections Librarian, Special Collections and Archives, University of Liverpool Library

On Being the Object of Critical Scrutiny
Adam Roberts

Pax Per Tyrannis: Religious and Political Extremism Exposed via Menippean Satire in the Novels of Adam Roberts
Michelle Yost

On the Topic of Plenty: Sunshine and Ice-Cream Mountains in By Light Alone
Catherine Parry