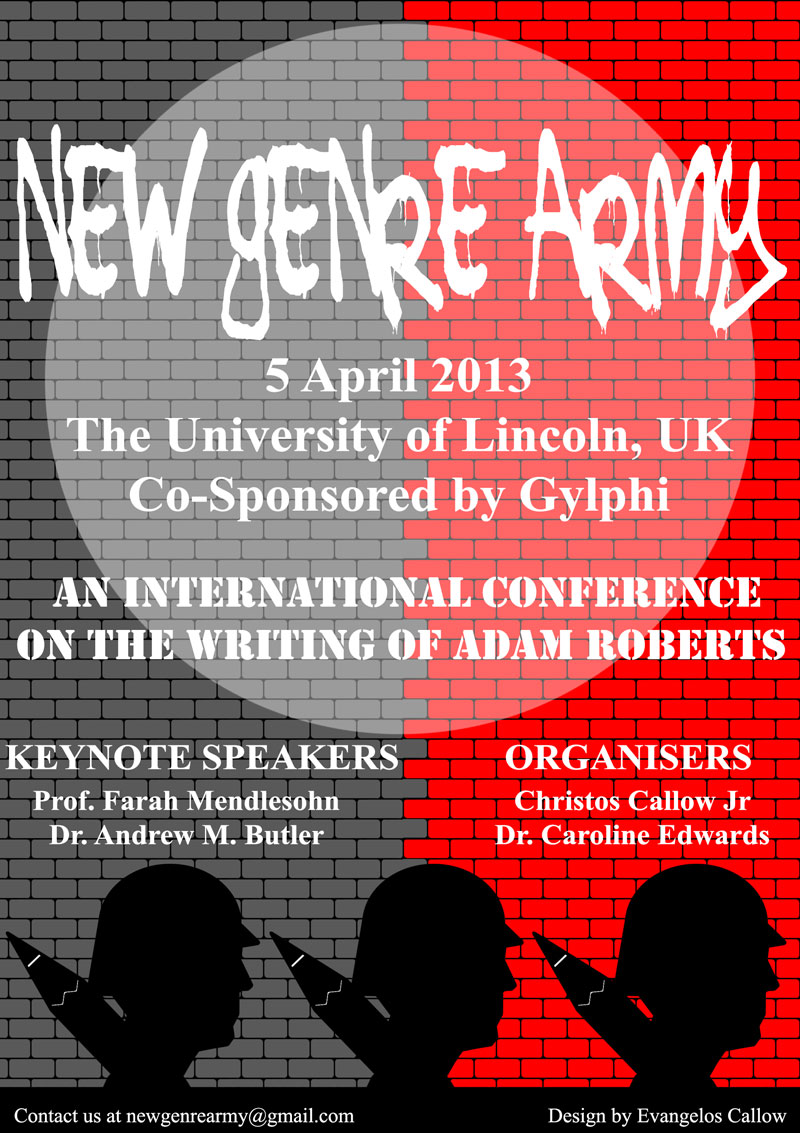 New Genre Army: An International Conference on the Writing of Adam Roberts

Support this event by sharing.

Sponsored by Gylphi: Arts and Humanities Publisher and the University of Lincoln
Part of the Gylphi Contemporary Writers series

The First International Conference on the work of British writer Adam Roberts. Crowned the 'King of High-Concept SF', his novels have been shortlisted for major awards such as the Philip K. Dick Award, the Arthur C. Clarke Award, and the BSFA Award. His fiction 'represents some of the best work being done in our 21st-century genre' (Locus). Writing for the New Scientist, Kim Stanley Robinson argued that Roberts' 2009 novel Yellow Blue Tibia should have earned the Man Booker Award, and Niall Alexander has similarly privileged Roberts within contemporary literature, stating that 'Roberts stands head and shoulders above many of his contemporaries, pushing this and that genre every which way but loose, year in and year out' (SF Signal).